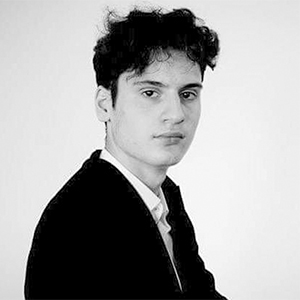 He has given recitals in Belgium, France, Germany, Israël, Italy, the Netherlands, and Switzerland, and he performed live in television and radio programs in the Netherlands and France.

In season 2017/18, he will give a series of concerts (recitals & with orchestra) in the Netherlands & Switzerland. He will perform Grieg Piano Concerto in A minor with Het Gelders Orkest (in Utrecht, Nijmegen, Arnhem & Apeldoorn), and the First Piano Concerto by Franz Liszt with Het Orkest van het Oosten (in Enschede), and the Prague Philharmonic Orchestra (in Kultur- und Kongresszentrum Luzern). Furthermore, he will perform Poulenc’s Concerto for Two Pianos with The Conservatory of Amsterdam Symphony Orchestra in Amsterdam, Eindhoven, and Utrecht. In addition he will perform Bach Piano Concerto No. 1 and Shostakovich Piano Quintet Op. 57 with the Alma Quartet.

Highlights of season 2016/17 included amongst others solo recitals in France, Italy, Germany, and the Netherlands. Also, he also played a quatre-mains with Jean-Yves Thibaudet live on France Musique Radio, and a piano duet with German cellist Raphaela Gromes in the wonderful Künstlerhaus am Lehnbach Platz in München. On March 5th 2017, he made his debuts in the Jubilee Concert of the Series Meesterpianisten in the Concertgebouw in Amsterdam. In addition, he performed Chopin’s Piano Concerto No. 1 with Orchestra Sinfonica “Città di Grosseto” in several Italian cities: Empoli, Grosseto, and Brescia.

Highlights of 2016 included an invitation to participate in the Verbier Festival Academy, a debut recital in June at the Klavier-Festival Ruhr, a live performance in July of Mendelssohn’s concerto No. 1 on Dutch National Radio with conductor Johannes Leertouwer and the Wonderfeel Orchestra at the Wonderfeel Summer Festival, a debut in the Concertgebouw (Amsterdam), where he played Mozart Piano Concerto No. 20 with Sinfonia Rotterdam and conductor Conrad van Alphen, that he also performed in de Nieuwe Kerk (The Hague) and De Doelen (Rotterdam).

In Verbier, where he was invited as student-in-residence, he followed masterclasses in chamber music with Pamela Frank and Gábor Takács-Nagy, and piano masterclasses with Sergei Babayan. In addition, he gave a solo recital and performed Brahms Quartet in G minor together with Daniela Akta (Cello), Johan Dalene (Violin) , Vicki Powell (Viola).

In August 2016, he gave solo recitals in the Hermitage in Amsterdam and in Ponzano di Fermo (Italy), where he played Beethoven Sonata No. 28, Op. 101, Scriabin Sonata No. 5, Rachmaninoff Sonata No. 2, and Stravinsky’s Trois mouvements de Pétrouchka.

Highlights of 2015 included a series of concerts in the Netherlands & Belgium in which he played the First Piano Concerto by Franz Liszt with the Euregio Youth Orchestra and conductor Hans Casteleyn. In November 2014 he performed Franz Liszt’ Mephisto Waltz No. 1 live in a radio program of France Musique Radio.