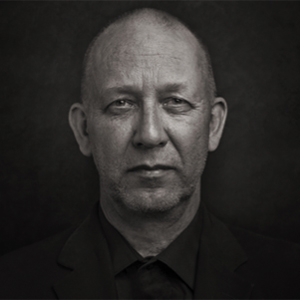 His live performances challenge expectations and are build on daring and essential communication.

Summer 2017 he scored and performed his music to Shakespeare’s Hamlet (with a.o. Oscar Isaac, Keegan Michael Key and Gayle Rankin, directed by Sam Gold) at The Public Theatre in New York City.

Reijseger’s solo concerts consist of his personal compositions and improvisations.

For over ten years, Reijseger is dedicated to trio Reijseger Fraanje Sylla.

The Werner Herzog Film Award, an annual award endowed with a sum of Euro 5,000, can go to a feature film, a documentary, a filmmaker, an actor, or anyone working in the art of cinema. It will be given to special achievements in innovation, courage, and vision. The award is open to citizens of all countries. There is no application procedure, and no competition.

Ernst Reijseger receives the award for his outstanding and innovative creation of music for films. He combines vision, courageous new ways of understanding cinema and his exceptional qualities as a musician.

Reijseger scored 9 films for Werner Herzog, for Alex and Andrew Smith ‘Walking Out‘, for Martijn Maria Smits ‘C’est déjà l’Été, ‘Under the Weight of Clouds’, ‘Voor Emilia’ and played and scored several documentaries like ‘Mongolian Gold” etc. In summer 2017 he scored and performed his music to Shakespeare’s Hamlet (with Oscar Isaac, Keegan Michael Key and Gayle Rankin, directed by Sam Gold) at The Public Theatre in New York City.

Ernst Reijseger has composed music that has become much more than a background mood of a film; his music often acquired the quality of a leading actor, both in documentaries and in feature films. It is therefore not a coincidence that in some films, such as THE WHITE DIAMOND, the music was composed and recorded before principal photography even started. The rhythm and agency of the camera had to follow the pre-existing musicality.

What defines great music in films is not the path that is often taken by the film industry: to use music for explaining and emphasizing the emotions an audience should feel while watching a story. Reijseger is uniquely capable to create a much deeper level, an aura that pervades a film. He also has the rare quality to create space — larger than what is seen on the screen.

Reijseger has taken bold steps by combining his cello with almost prehistoric sounding voices of Sardinian shepherds, or the voice of a Senegalese singer, Mola Sylla, who started out as a muezzin at his local mosque. This combination quite often has a unique effect on the audience – as if to call the Faithful together to the celebration of something deeply moving and spiritual that sometimes changes cinema into an experience of the sublime.

The award ceremony is going to take place on
Friday, October 25, 2019 at 7 pm
at the Munich Cinematheque (Filmmuseum München), St.-Jakobs-Platz 1

“He is a magnificent cellist, and he can do anything, anything on his cello. He could play the civil war, the American Civil war on his cello.”

“Ernst Reijseger has studied the cello rulebook, absorbed it thoroughly, and thrown it out the window. Never restricted by others’ concepts of genre or application, the Dutch master has consistently recast the instrument as his own. Working within virtually any format he fancies, Reijseger has always challenged himself to reach out toward the unanticipated, to move the music around corners in order to reveal unforeseen vistas. His technique is superb, his improvisational skills masterful, and his compositional virtuosity unquestionable, but Reijseger’s music also projects warmth, depth, and splendor—even at its most extreme. Whether pushing the limits of jazz, world music, or modern classical—working solo or with an ensemble—Reijseger never settles for the obvious. With each piece he writes, and in each project he undertakes, Reijseger sets out to explore the myriad tones, colors, and moods available to him, envelops them, then steps around them to investigate possible alternatives. His music is not always easy, but it’s always satisfying. About the only thing one can expect from Ernst Reijseger is the unexpected.”

(Jeff Tamarkin is a music journalist)