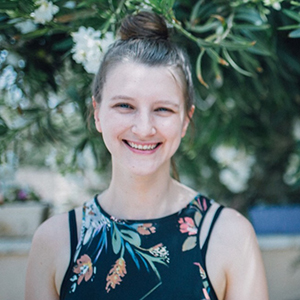 Shira Paz was born in Israel in 1994, to a family of practicing musicians. At the age of 5 she has begun her cello studies in ‘The Israeli Conservatory’ in Tel-Aviv, and at the age of 12, she started her harp studies. Among her teachers were Mrs. Ruth Maayani and Mrs. Julia Rovinsky (principal harpist of the Israeli philharmonic orchestra). Currently, Shira is studying at the Conservatorium van Amsterdam in the class of Mrs. Erika Waardenburg.

Shira went to the elementary ‘School of the Arts’ in Tel-Aviv. Later, she went to the prestigious “Thelma- Yellin high school of the arts”. After graduation, Shira was recruited to the army and awarded status of ‘an outstanding musician’. Shira was awarded excellence scholarships from the “America- Israel Cultural Foundation” between the years 2011-2019.