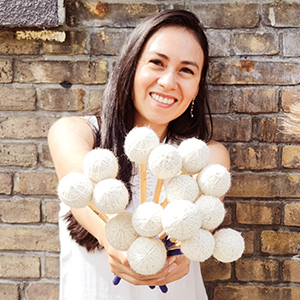 Wendy Palomeque is one of Mexico’s most outstanding young marimba players.

She represents the 4th generation of marimba players of the renowned Palomeque family. Wendy was born and raised in Chiapas, southern Mexico, a state in which the marimba is a musical icon and the prevailing folkloric instrument.

In 2014, Wendy graduated with a Bachelor of music degree from the Chiapas University of  Sciences and Arts (UNICACH). In 2018 she completed her Master’s degree in Classical-Contemporary Performance at the same institution. In 2019 she moved to Belgium to pursue a Chamber music Master with renowned marimbist Ludwig Albert at LUCA University (Leuven College of Arts) where she graduated with honours.

Currently Wendy is living in Amsterdam, working on exciting new projects and collaborations and forging the next phase of her career.