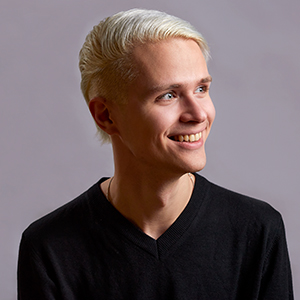 Nikolai Martynov (born 1996, Moscow) is a fortepianist, pianist, harpsichordist and organist, who’s repertoire is diverse and includes works from Renaissance to contemporary academic music. Nikolai has a lot of concert experience playing chamber and orchestral music. He is also a member of “hammertime [keyboard duo]” where, together with Olga Matieva, he explores music written for a keyboard duo during all the time of existing of the fortepiano and the piano. Among the halls where he played are the main concert halls of Moscow and Saint Petersburg and venues of Bialystok, Ülzen, Utrecht and Amsterdam.

After graduating in 2019 from the Faculty of Historical and Contemporary Performing Arts of the Moscow State Tchaikovsky Conservatory (where he studied the piano with Jacov Katsnelson, the harpsichord with Olga Martynova and the fortepiano with Alexey Lubimov since 2014) Nikolai entered the Conservatorium van Amsterdam to continue studying fortepiano with Olga Pashchenko.