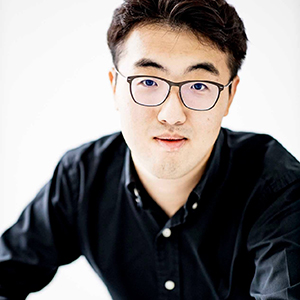 Youngjae Kim is a 20 year old Dutch Classical Pianist who is now studying third year Classical Piano in the Amsterdam Conservatory. He was previously taught by the acclaimed professor Jan Wijn and has now been studying with David Kuyken.

Born in Seoul, South Korea, Youngjae has naturalized in the Netherlands and has started a passionate pursuit of piano playing. He had participated in the Gina Bachauer International Piano Competition for juniors in Salt Lake City of the United States in 2012, won third prize in Junior YPF Piano compeititon in 2013 playing a Mozart concerto with the Yehudi Menunhin Youth Orchestra, and has even won first prize in Prinses Christina Concours in Haarlem in 2013.

Along this musical Journey, Youngjae has performed in various lunch concerts in the Kleine Zaal in the Concertgebouw of Amsterdam (2015), Grachtenfestival in Amsterdam (2014), the Nieuwe Kerk in Den Haag (2014), and the Emmy Verhey festival in Zaltbommel (2014).

Youngjae Kim has started playing the piano from when he was 6 years old, and has started to express deep passion for classical music by listening to all the Beethoven Symphonies with the orchestra score, and enjoying his first ever piano performance when he played front of his kindergarten classmates “Doctor Gradus Ad Parnassum” by Claude Debussy.

When Youngjae Kim first arrived in the Netherlands, he was part of the Sweelinck Academy in the Conservatorium van Amsterdam, enjoying his piano lessons, theory and choir classes, taking in the rich classical musical culture of the Netherlands. Ever since then, his passion for piano playing has grown tremendously exploring all kinds of diverse eras of classical music all the way from J.S. Bach to Franz Weisz. He is currently looking to continue his pianistic pursuit well into his adult years.

Outside of piano playing, Youngjae has taken great interest in composition by studying with Meric Artac. He has written four duets for piano and flutes as well as many solo piano pieces and a string quartet. He has taken singing lessons in order to understand the languages of the rich vocal history of Classical Music, such as Italian and German, and has taken conducting classes to improve his knowledge of orchestral music.