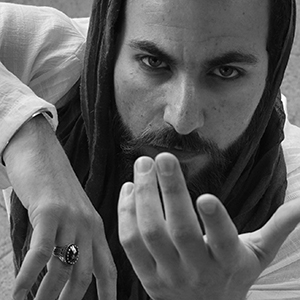 Wasim Arslan is a singer that carries the ancient Arabic voice from Aleppo, Syria. After the devastating war and displacement of his family, Wasim found his calling in The Netherlands, where he currently resides. Wasim builds bridges between the old and new, Arabic and Western. He is known for bringing the music of the Arabic Golden Era to the present day. He reimagines classical poetry and folk music with hypnotising beats and rich melodies.

After all he went through, Wasim feels a sense of responsibility to represent his home country Syria, and to use his music and talent to unite people in times of war and division. The healing quality of his voice has opened people’s hearts and minds to love, beauty, peace, and togetherness.